10 minutes with… a gas expert 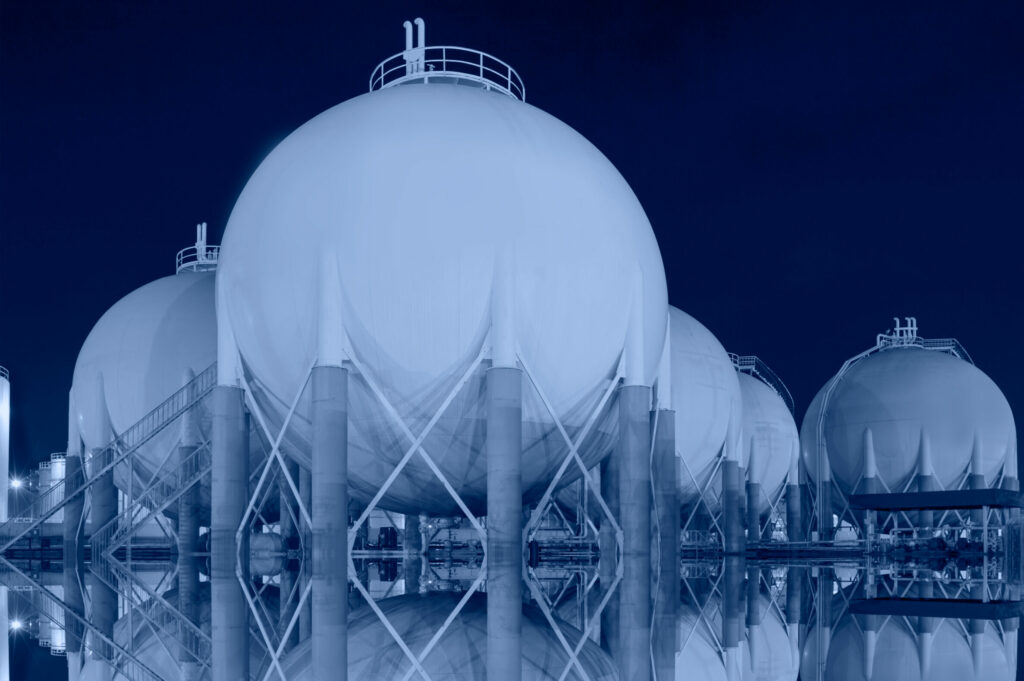 In this series, Tech For Good gets a 10-minute glimpse into new technologies. This month Doug Baer, Global Product Line Manager for Laser Analysers at ABB, explains how advances in natural gas leak detection systems are helping the oil and gas industry to reduce emissions and meet climate change targets

Will natural gas continue to be a major part of the global energy mix?

Yes. According to a report by McKinsey, gas will be the strongest-growing fossil fuel and will increase by 0.9% from 2020 to 2035. It is the only fossil fuel expected to grow beyond 2030, peaking in 2037. The global energy company, Gazprom, also estimates that by 2040, worldwide gas consumption is expected to rise by 1.3 trillion cubic meters and exceed 5.3 trillion cubic metres.

How can natural gas leaks occur?

Pipelines form the backbone of gas distribution with them being a safe and cost-effective way to transport natural gas. However, gas pipeline leaks occur at all points in the network from collection systems at the well to pipelines under streets and buildings.

The causes of leaks can vary, with leakages occurring because of everything from excavating accidents that result in the rupturing, nicking, or puncturing of a pipeline, to fires near an explosion, to natural disasters such as floods, hurricanes, or earthquakes.

What are the main implications of gas leaks?

Gas leakages are a serious issue and can have significant safety, environmental, and cost implications.

Safety: Gas leakages can result in injuries and in many cases, fatalities. In October 2020, a gas line explosion killed three people and injured 28 in Thailand. The blast happened on a natural gas line owned by state owned oil and gas company PTT PCL and happened in Samut Prakan, southeast of Bangkok. Gas leaks can also pose a risk in the wider community. Incidents such as the San Bruno pipeline explosion in the USA in 2010 and the Buncefield gas storage facility explosion in the UK in 2005 highlight the dangers that can be posed to communities by the escape of explosive gases and vapours.

Environmental: Methane, the primary component in natural gas, released into the atmosphere before it is burned is able to trap heat in the atmosphere, contributing to global warming. Pipeline leaks are a major contributor to the increasing amount of methane in the atmosphere. According to the International Energy Agency (IEA), methane emissions from the oil and gas industry accounted for around 70Mt in 2020 – equating to 5% of world energy-related greenhouse gas emissions.

Cost: Financially, gas leaking from pipelines also represents the loss of billions of dollars of revenue every year, both in terms of direct product and the effort and costs involved in replacing it.

How can the oil and gas industry help to reduce gas leaks?

While eliminating gas leaks completely is impossible, good pipeline maintenance can help to reduce them. When laying pipelines, it is important to consider right-of-way clearing. All debris should be removed to help avoid pipeline damage. It is also important that all pipelines undergo rigorous tests, including hydrostatic testing, to ensure the pipes can perform under pressure. All pipelines should be monitored for signs of corrosion, and a proactive inspection and maintenance schedule should be put in place to help maintain pipelines and avoid gas leaks.

TFG: How important are electric vehicles in the race towards net-zero?

Martin: EVs alone will never be the universal, cure-all solution for reaching net-zero, but they do demonstrate what’s possible when it comes to tangible and sustainable low-carbon alternatives. With businesses buying 58% of all new vehicles in the UK, commercial vehicles play a significant role in determining the speed of the transition to low-carbon transport. The accelerated adoption of commercial EVs will save 2.7m tonnes of CO2 in the UK alone, which is equivalent to London’s entire bus fleet running for four years.

TFG: You are leading Hitachi Vantara’s Optimise Prime programme. What is the goal of the project?

Martin: Optimise Prime was launched in 2019 and is the world’s biggest electric vehicle trial. It’s led by Hitachi Vantara and UK Power Networks, bringing together a consortium of leading power, technology, fleet, and transport companies to test and implement the best approaches to EV rollout for commercial enterprises. The goal of the project is to pinpoint and develop practical ways to overcome the challenges that prevent many of the UK’s biggest commercial vehicle operators from making the switch to EVs. The project uses large, real-time datasets and Internet of Things (IoT) technologies to identify the demands of running electric fleets, with these insights then shared with others to enable them to develop the solutions that could cater to them. An example of this is for it to be possible to charge EVs efficiently outside the electricity network’s peak times ahead of the EU’s ban on petrol, diesel, and hybrid vehicles by 2035.

TFG: Can you speak about some of the programme’s findings?

Martin: There are currently over 3,000 vehicles involved in the trial, with results set to be announced later this year. Our work to date suggests elective vehicles are unlikely to create a power-demand crisis but could reshape the load curve. The most significant effect of this will be an increase in evening peak loads, this will be when people plug in their EVs when they return home from work. This load curve will lead to challenges at a local level as the regional spread of EVs will vary significantly. Some potential solutions to these issues have been deciphered as providing better load management, including flexible tariffs, local energy storage solutions and centrally coordinated charging management. In addition to peak-load increases, the highly volatile load profiles of public fast-charging stations will require additional system balancing. 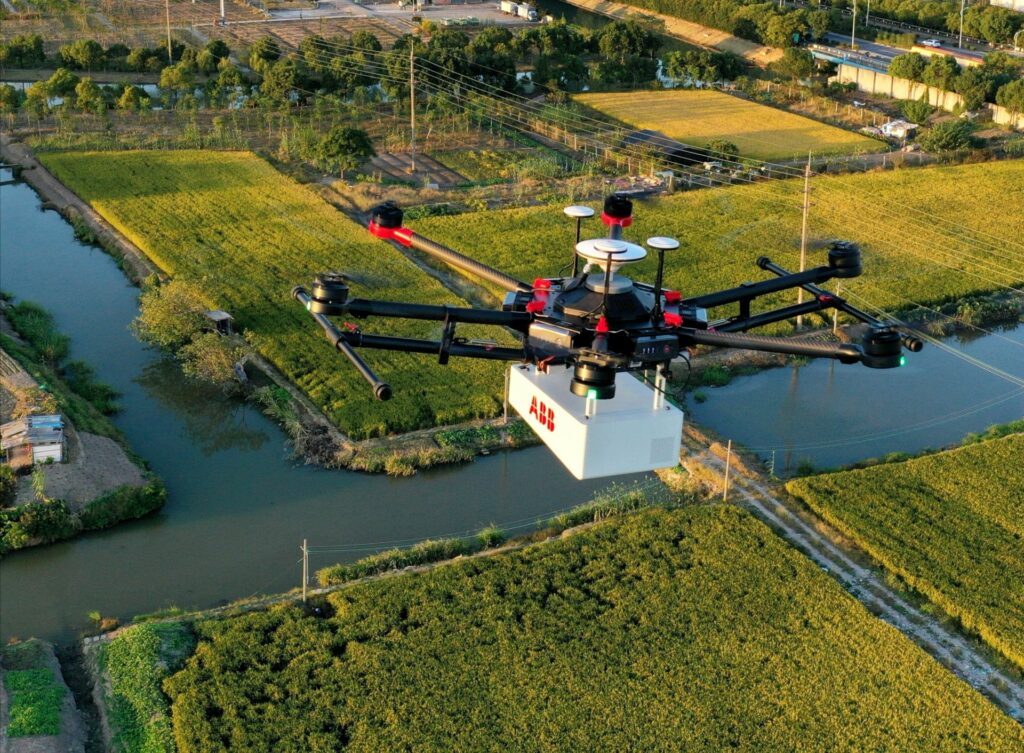 Traditional methods are slow, inaccurate, and insensitive. Technicians must walk the area being inspected using hand-held analog detectors that can take a long time to calibrate once onsite. Because these systems test the air essentially only every few seconds, the technician must move slowly through the suspected leak site. Test results are manually entered in reporting systems, adding more time to the process.

What advances are being made in this area?

One solution being widely deployed is the use of sensor-based IoT technologies, which detect leaks by measuring key parameters such as pressure, flow and temperature. While these can be effective in detecting leaks, this effectiveness is limited to their proximity to the leak and the sheer number of sensors that are needed to service a typical pipeline, especially in situations where there may be multiple leaks per kilometer of pipeline.

Another innovative solution to address these drawbacks is the use of mobile gas leak detection platforms. This includes the use of unmanned aerial vehicles [UAVs] such as drones, which are fitted with powerful miniaturised gas analysers. These are capable of detecting variations in ambient methane gas concentrations – normally about 2ppm – with a precision of parts per billion (ppb) thus enabling detection, mapping and quantification of large, small and even hidden leaks quickly.

What drone-based solutions does ABB offer?

HoverGuard detects, quantifies and maps leaks up to 100 meters from natural gas distribution and transmission pipelines, gathering lines, storage facilities, and other potential sources quickly, safely and reliably. It automatically generates comprehensive digital reports that summarise results and can be shared in minutes after a survey.

The cloud-connected, multi-gas solution is the first UAV-based system to quantify the three most important greenhouse gases methane, carbon dioxide and water vapour continuously while flying. Each greenhouse gas affects the environment differently and is present in the air in different amounts. The extremely fast response and high precision of the analyser allows scientists and researchers to reliably quantify greenhouse gas fluxes which provides important information when studying the complex environmental processes affecting climate and pollution.

Patented cavity enhanced laser absorption spectroscopy detects methane with a sensitivity more than 1,000 times higher and over 10 times faster than conventional leak detection tools. This sensitivity and speed allows HoverGuard to detect leaks while flying safely at altitudes of 40 meters, or higher, and at speeds greater than 88 km/h. It can cover 10-15 times more land area per minute by operating on low-cost commercial UAV capable of carrying a payload of 3 kg.

How GSK and Cognizant came together to help digitally transform Amref Health Africa's delivery of healthcare across the continent.
READ NOW
Magazine 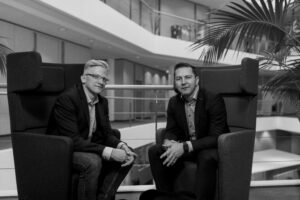 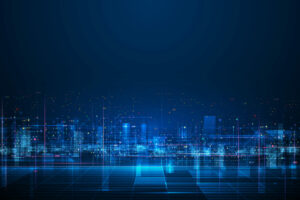 Is The UK Government’s Cybersecurity Strategy Fit For Purpose? 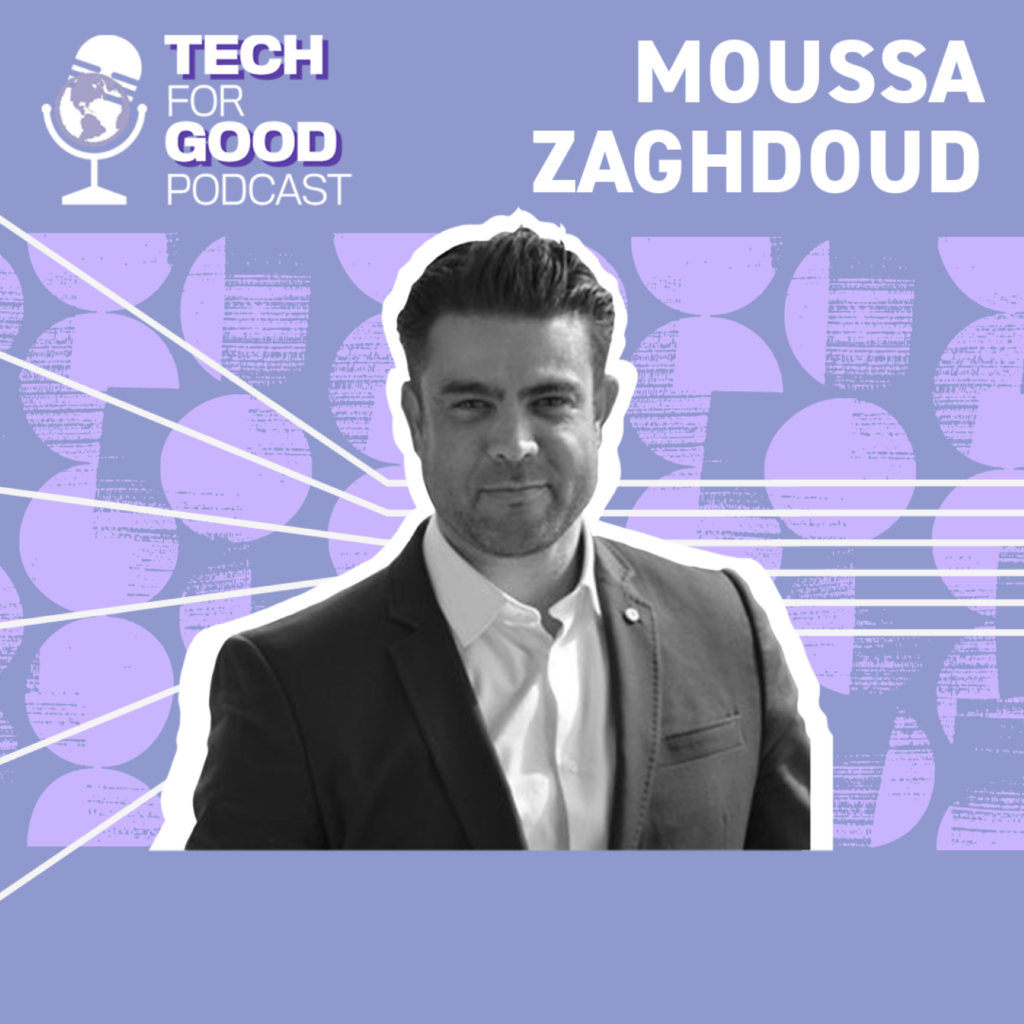 In this podcast, Moussa tells us why he has always wanted to build technology to help people.

Was COP26 a success? We speak to four experts to find out if enough was done to tackle the climate c 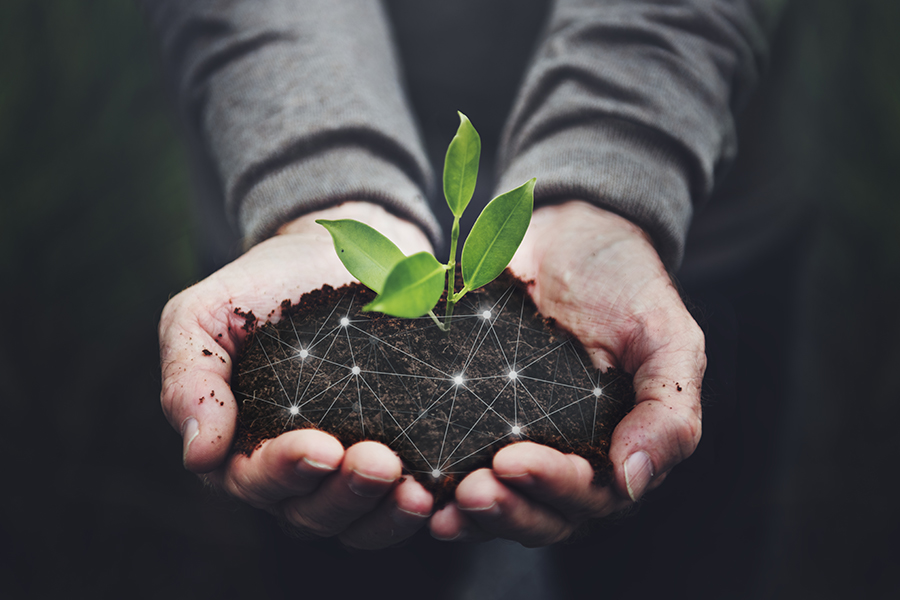 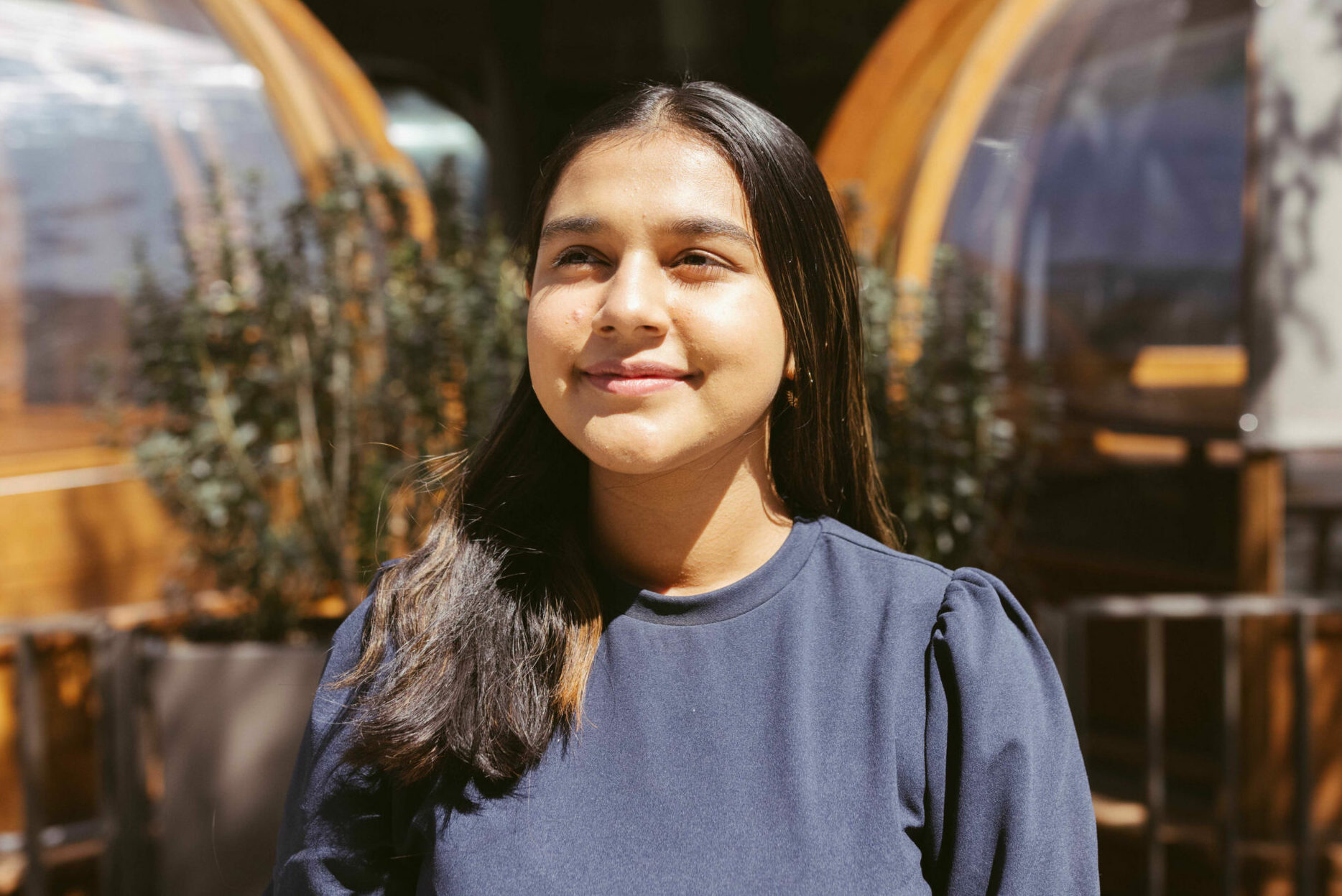 Meet Gitanjali Rao, the 16-year-old author, scientist and STEAM advocate, featured on the cover of T