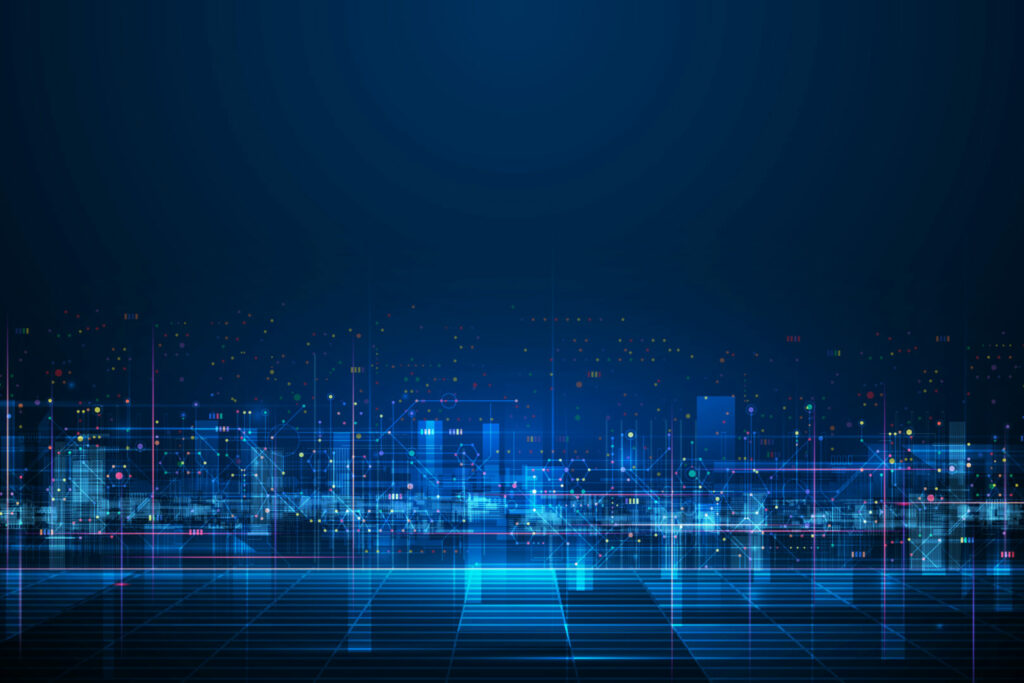 Former General Electric CEO Jack Welch once famously remarked: “An organisation’s ability to learn, and translate that learning into action rapidly, is the ultimate competitive advantage.”

An organisation, by definition, is only as good as its component parts: its people. Whether or not an organisation can achieve its ultimate advantage depends on whether its people can achieve theirs, too. What if you were able to build career development platform that reliably allowed every single one of your employees to do exactly that?

The Pathways professional development model at Version 1, a multinational IT services organisation headquartered in Dublin, Ireland, is a striking example of what that can look like, and it has won the awards to prove it.

Pathways is Version 1’s radical career development model that supports employees to take control of their own professional futures. It functions bottom up, rather than top down, and is centred around the conversations employees have with their managers, allowing them to progress their careers as they best see fit. That may be taking a step up the ladder or moving laterally into a different discipline, but either direction leads to tangible benefits for employees, the company, and its customers.

Alan Reilly, Organisation Learning & Development Manager at Version 1, says: “If you’re coaching someone, or if you’re training a bunch of people and you see the moment the penny drops, that instance where the ‘Eureka’ moment comes, that is what makes it all worthwhile.”

Getting to that point was not easy, however. Through speaking to employees, and during exit interviews, the company recognised that its previous Continuing Professional Development (CPD) framework failed to really connect the various development strands at play within the Version 1 workforce together well enough. It served a purpose, and did help people achieve promotions, but it didn’t go far enough.

“We were getting lots of feedback over the years and people loved the idea of what it was trying to do but they found it very difficult to navigate and to peel it back to themselves in their own role,” says Reilly.

“Because the CPD framework was more generic and being applied company-wide, when I was talking about competencies and what people had to do to apply them within their role, I think they struggled. There’s was too much ambiguity in there for them at that point.

“In real terms, we had two strands: we had the learning development world, and then the technology capability world, both existing on their own and not really connected. We decided that we had to fix it up and join the dots. Ultimately, I wanted to have the employee at the centre of everything, to have a holistic view of our employees, and with that deeper goal in mind to help drive a career forward so they could do whatever they wanted. If they wished to move into a different department, for example –  we would ensure they had all the tools in place to look to do that.

“I think we’ve managed to achieve that, which is very satisfying.”

"If you're training a bunch of people and you see the moment the penny drops, that instance where the ‘Eureka’ moment comes, that is what makes it all worthwhile.”

Implementation of Pathways has seen some 93% of employees who have gone forward for promotions become successful and has partly contributed to a spike in employee engagement rates within a company that is already recognised as a great place to work on pretty much an annual basis.

For an IT consultancy such as Version 1, maintaining those cultural standards is of critical importance given the continuous need to hire and retain the very best candidates in what is a hugely competitive sector.

The Pathways model, as well as offering employees a tangible means of plotting their route to promotion by plugging their skill gaps with effective learning, also challenges them to ensure they are applying those skills effectively.

It’s this attention to detail that ensures Version 1’s staff are suitably armed to go out there and deliver excellence for customers. Increasingly, as the use of the platform becomes more integrated into their day-to-day workflow, employees are being encouraged to be self-analytical. This is a particular point of emphasis for Reilly.

“With Pathways it’s not about lip-service. It’s not about ticking a box. With technically-minded workers, it’s not just about acquiring skills and then saying ‘I’m ready’. It’s more about looking at what you’ve done to apply it,” he says.

“I’m not just going to give you a promotion because you’ve said you’ve acquired a skill, you’ve read a book or got a certification. Tell me what you’ve done that’s made a difference to someone else, be it your peers, or a customer, then come back and talk to me.

“The Pathways model captures that. It’s bite-sized, it’s manageable, and that’s super important in this day and age. People have small chunks of time to do certain things, so bite-sized learning is vital, and that’s where I think Pathways comes into its own.”

As the tech sector continues to evolve, roles and workforces have to match the pace of change to remain relevant. Pathways was built with this in mind, focusing not only on the necessary and the technical, but also the human. Importantly, it also makes the entire process completely transparent.

For Hayley Murphy, Organisational Development Consultant at Version 1, far from being a retroactive performance-assessment system, the platform is now often the actual conversation starter.

“Transparency is very important,” she says. “You have clearly defined roles, skills and development options. That’s not something that every company has, and it makes for a very good starting point.

“But the fact that it also incorporates learning as well means it’s not just a competency framework that just stores the skills that you have. It also links to the practical piece of ‘these are the learnings’ and it can guide you in the right direction of what you should do to learn a new skill, for example.

"Tell me what you've done that's made a difference to someone else."

“In your day-to-day work, you’ll be building in and recording your skill acquisition as well, so I think the fact that it brings everything together – and that it’s just so objective – makes it beneficial for managers and employees, especially when it comes to having these key conversations.”

Pathways was built on the ethos of 70-20-10, recognising how we learn in our professional environment: 70% of learning is on the job; 20% is informal learning done socially or from your peers; and 10% is formal learning, such as in a classroom setting.

The collective intelligence built up within the organisation can now be measured, and learnings from peer groups recorded and stored for the future on the platform, ensuring the system itself remains up-to-date and wholly fit-for-purpose.

“In the world of technology, skills change, roles change, and development options become outdated very quickly,” Murphy says. “Across the business, the different subject matter experts were involved in helping define the rules.

When people lean in and they’re so open and really want to collaborate, this is where you see the magic really happen. We were all just ‘in’, and that’s why it really worked

“That was a massive project. We needed that input and commitment from everyone across the business and that remains vital now both in terms of the upkeep of the Pathways platform and in terms of peer learning, for example.

A key motivation for Version 1’s conscientious overhaul of its CPD framework has been the rapid growth of the company over the past five or six years. It has a key strategic objective of growing to 10 times its current size and the previous CPD platform would not have been scalable for an organisation expanding at such a fast pace.

Pathways is now a vital tool in its armoury, but as far as Reilly is concerned this is just the start. For him, it’s now about continuing to evolve the platform by looking at it both from a top-down basis and from the bottom up.

He also believes the platform can be massively beneficial for the company as a source of data insights and in terms of attracting and retaining talent. As the platform becomes more established, more and more internal talent will rise to take up managerial roles within the company. Murphy is a case in point – a rising star in her first job out of university.

“From the top down, there’s a big emphasis on numbers and targets,” Reilly says. “We’re doing really well as a company – the sales team are winning loads of business and some of the projects are huge. So any given morning before you get up, there could be a request saying that because of a new project you now need to get 20 software developers ready in the next eight weeks.

“And the war for talent is phenomenal at the moment in our sector, like in many other sectors, and it’s only going to get more difficult. We have 150-160 open roles right now, just to emphasise the point, but my challenge is going to be to get us to look at bringing through more of our own internally-grown juniors. They’ll come forward in the next couple of years but they will make a big difference.

“For us, if we can get them into the company, we can engage them, we can show them the company’s willingness to invest in them, and then that clear progression is what drives people forward. That means the platform is working.

“All the feedback we’ve had is great but it’s these kinds of things which really matter to individuals and the company as a whole.” 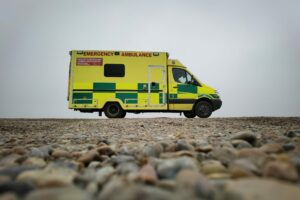 How East of England Ambulance Service’s digital data lake is being used to save lives. 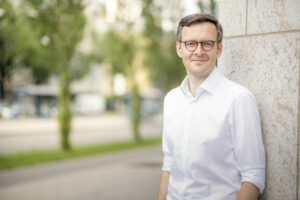 The global pandemic has tested the UK’s NHS to its limits, and it has innovated in response. Can it maintain the momentum? 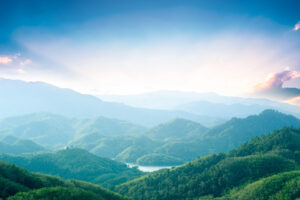 Climate change is a challenge that has to be addressed globally 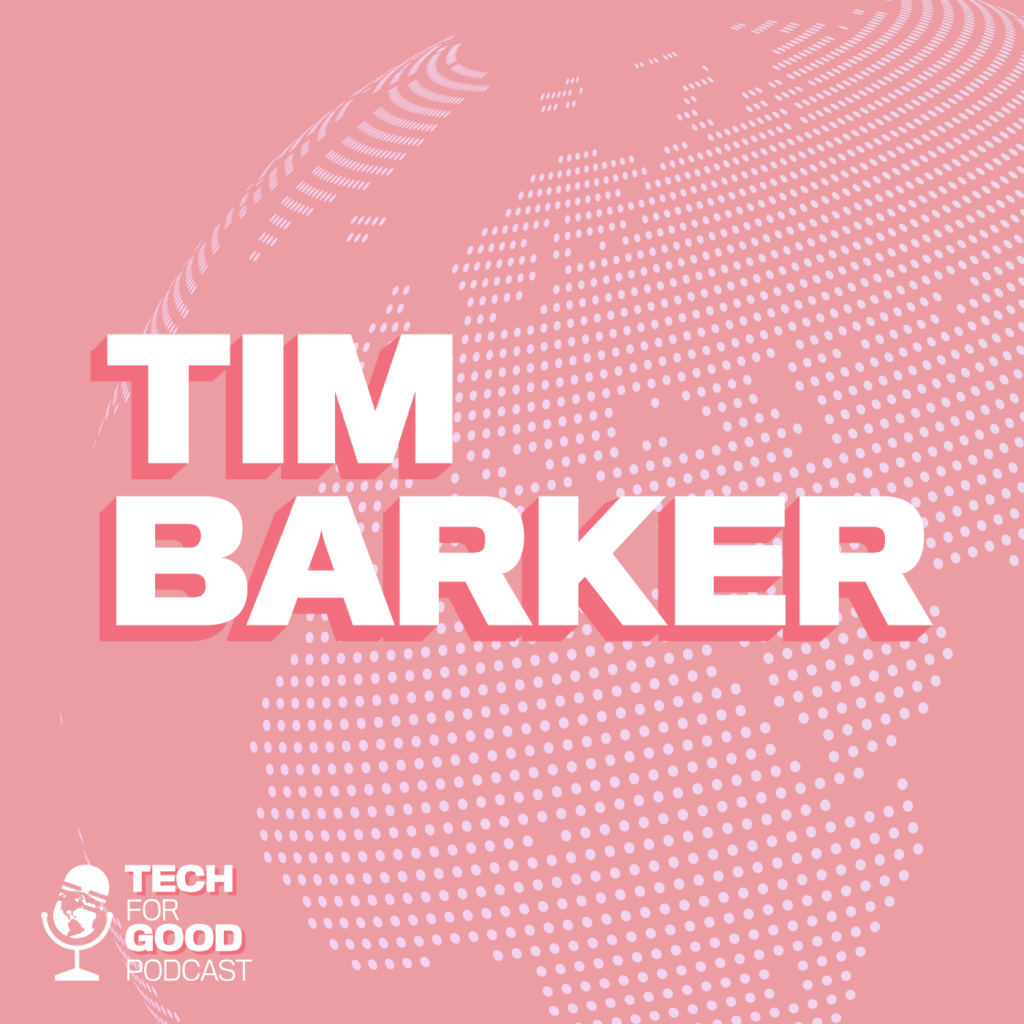 Tim Barker is CEO of digital mental healthcare provider Kooth. In this podcast, Tim talks about Kooth’s philosophy and shares his views on the power of data and AI to support those in need. 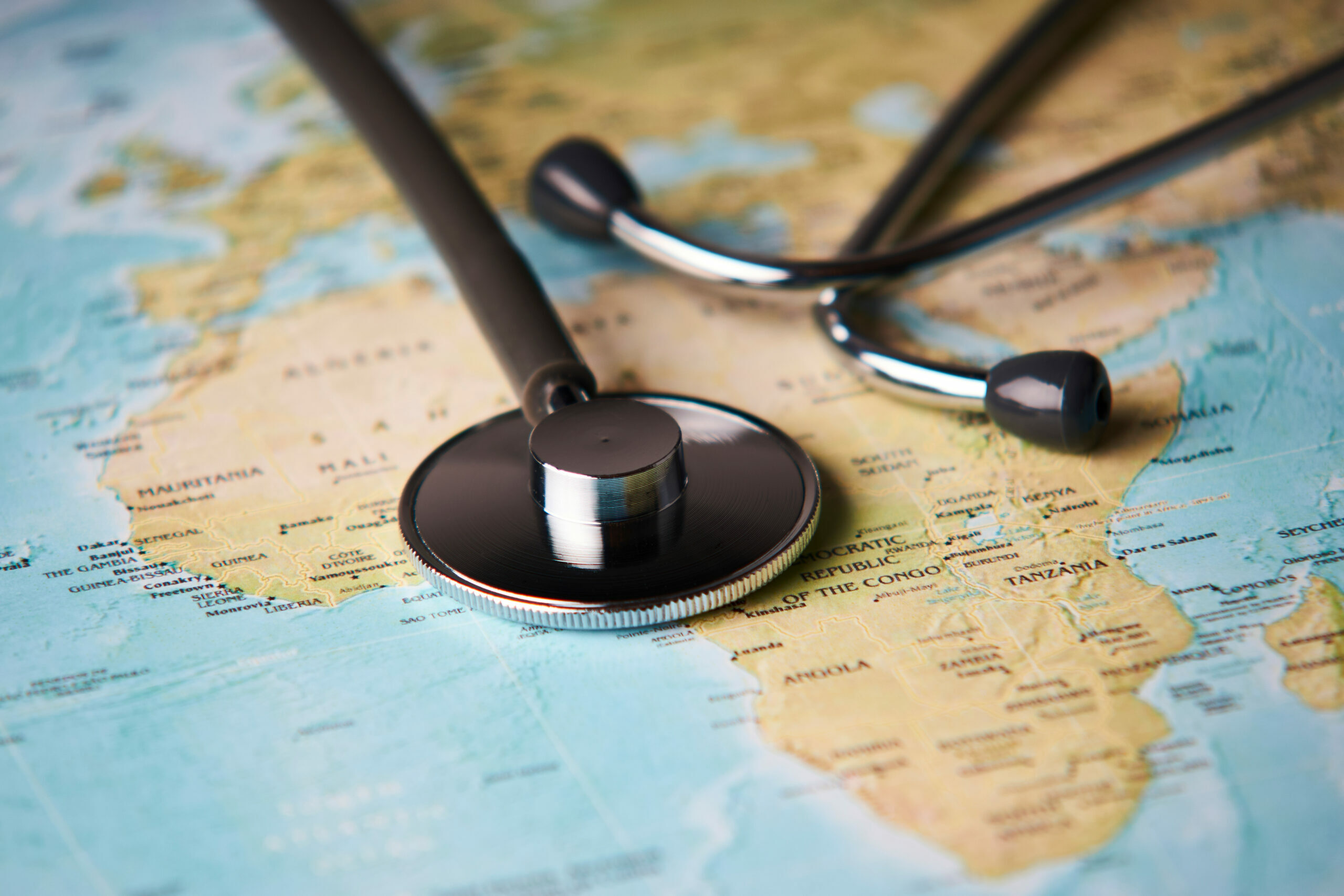 Technology is the key to improving patient pathways 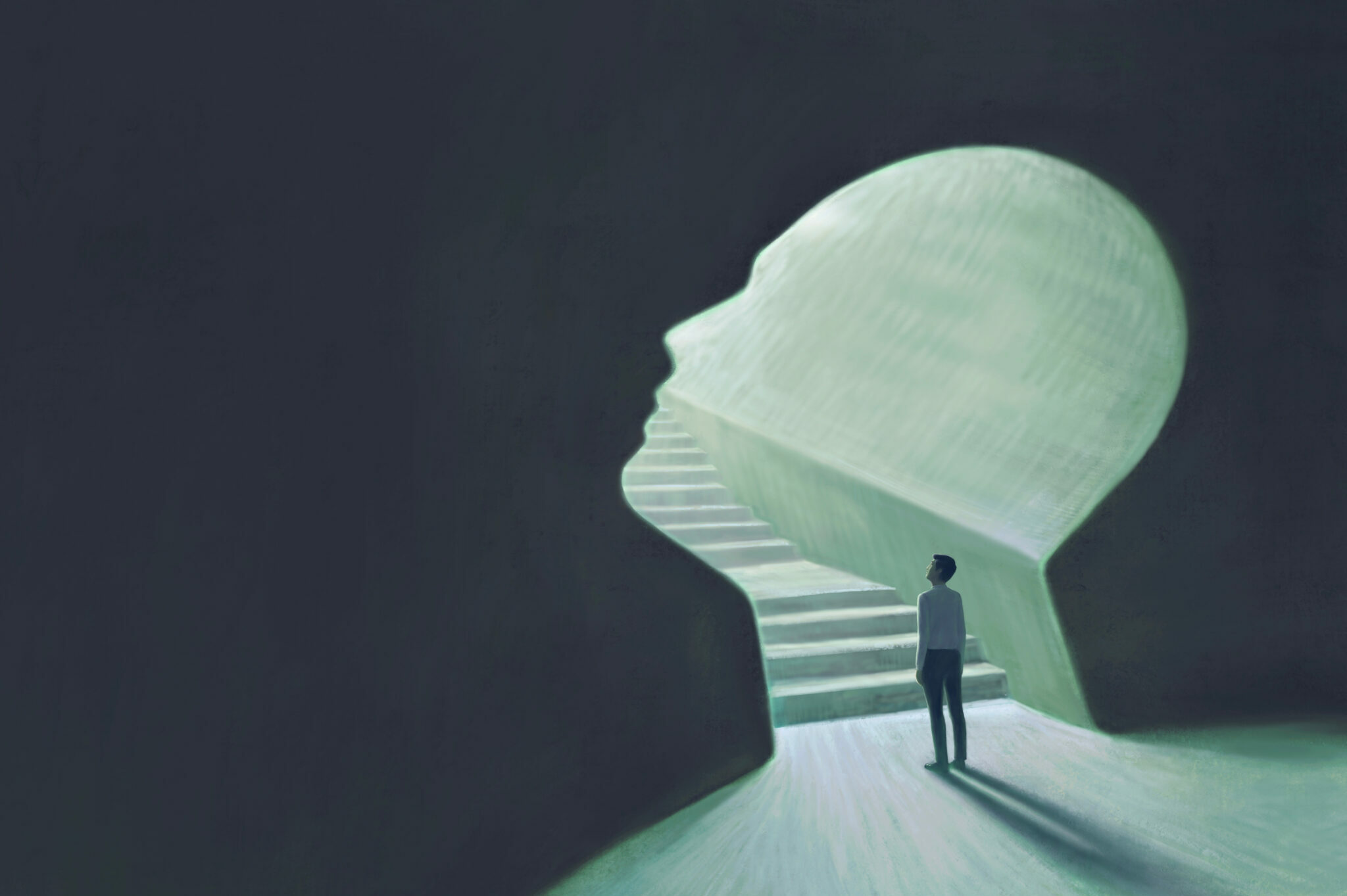 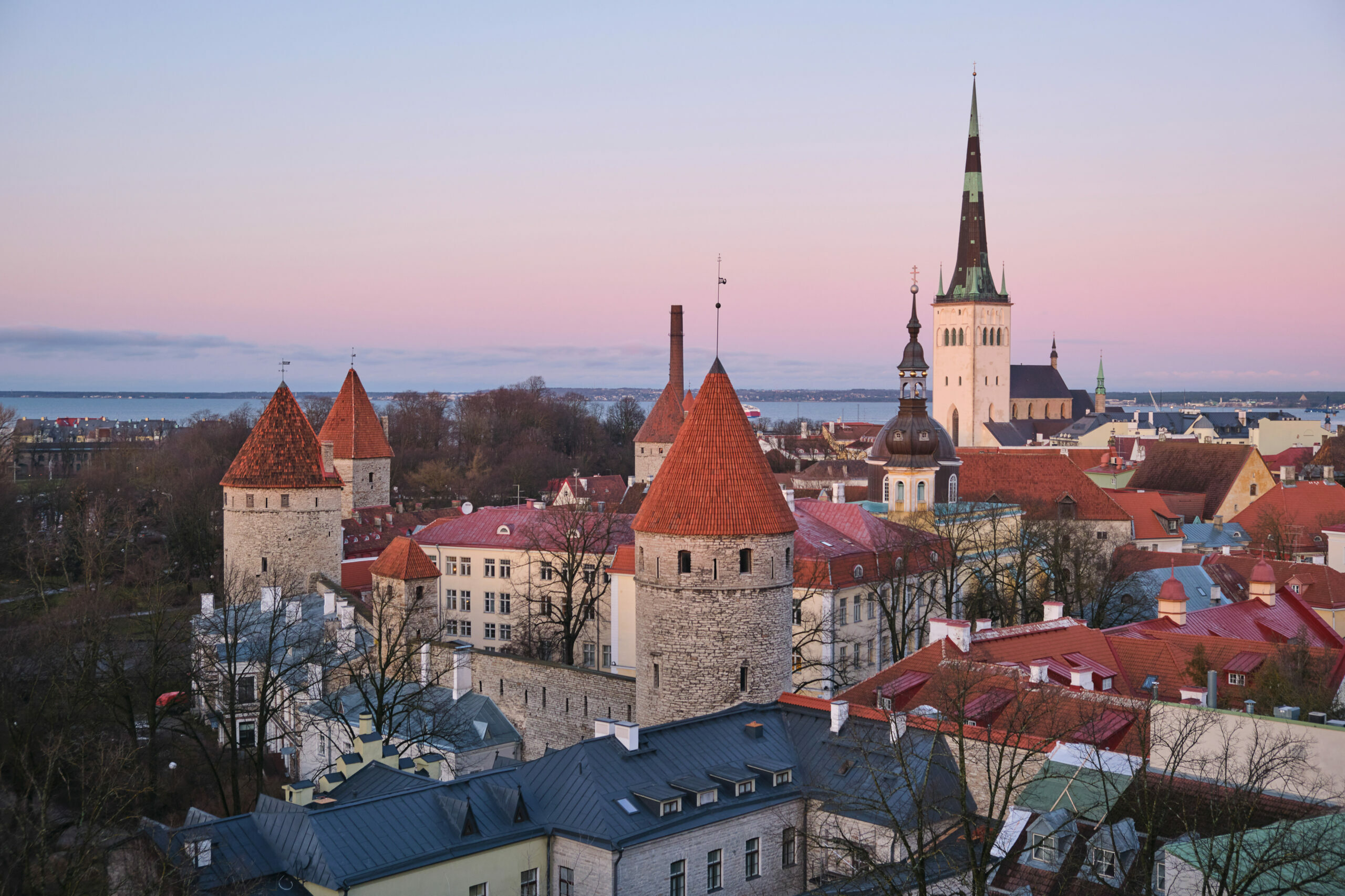 Siim Sikkut, Estonia’s Government CIO, on how the country became one of the world's most digitally